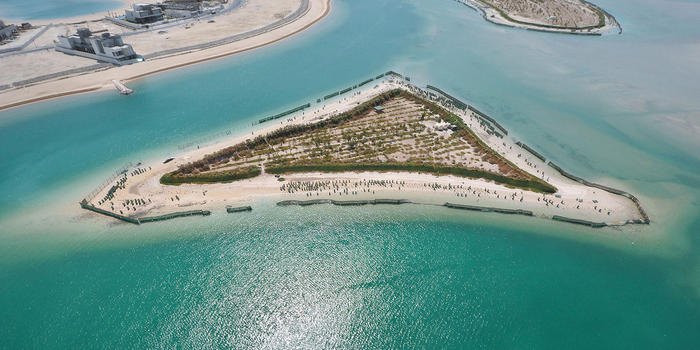 Just south of Zour, exit on Road 278 which is lined with Acacia’s for much of the route. This will take you to the newly developed, but still in progress Sea City project with its pristine lagoons and beaches. Toward the Gulf, you will get close to the small harbour and coastguard – but access is restricted. In Khiran, the developers of Sabah Al-Ahmad Sea City have created extensive waterways by excavating inland lagoons and forming artificial islets in previously environmentally impoverished sabkha salt flats. From a pre-construction count of 142 marine biota, to over 1000 species to date, the waters of Sabah Al-Ahmad Sea City are providing a rich ecosystem. These artificially enhanced sites are classified as some of the most environmentally diverse along Kuwait’s southern coastline. The introduction of the Grey Mangrove (Avincennia marina) in this area has provided a unique marine environment and ideal nursery grounds for marine species. Mangroves grow just south of the border in Saudi Arabia near the species’ northern range distribution. The new seaside mangrove thickets and reconstructed islets and wetlands attract many species that have naturally colonized the ideal intertidal and marine conditions including sea grasses and corals. At the muddy islets on either side of the Khiran resort area moderate numbers of migrant and wintering waders can be found.

The newly created urban development and habitat of lagoons and pristine beaches as well as 4 islands with newly planted habitat are creating favourable environments for both resident and migratory birds. As with Zour just a little further north, it is a great place for Socotra Cormorant in summer, most are seen roosting on the off-shore buoys just outside the harbour. In early spring and summer all Tern species are present and in winter Great Cormorants and all the large White-headed Gulls can be seen, including Great Black-headed Gull.