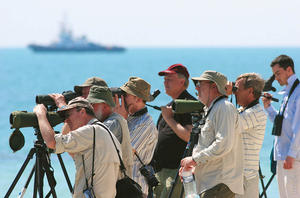 Bird watching, or birding as it is more often called, is a hobby known to man since ancient times. In many ways it is similar to hunting, which also involves “finding birds.” In fact, bird-hunting was once called birding; that is, the act of “going for birds.” Modern birding is based on identifying wild birds in the field without catching them, and it is done as a pleasurable pastime by amateurs who use light-weight optical equipment – binoculars, spotting scopes and cameras. There are many levels of involvement in this hobby, ranging from casual photographers to seasoned amateur naturalists and eco-guides. Many birders are accomplished amateur ornithologists, often diligently recording their observations, developing local knowledge and applying it for conservation, scientific monitoring and public awareness. 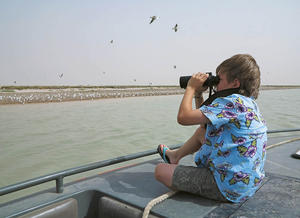 All one needs to participate in birding is a pair of binoculars and a field guide for identifying the birds. Beyond that, a spotting scope is helpful if one hopes to focus on birds in detail. Birding, like any hobby, involves developing one’s skills.

Birding is also a social activity. The techniques of spotting and identifying wild birds are best passed on as an oral tradition, they are easily taught from person to person. Also, birding is conducive to group travel. Often a trip with a birder or a birding tour can totally change a newcomer’s perception of the natural world. Sometimes an incident in the wild will spark a beginner’s interest and spur on a passion to get involved in studying birds. Seeing a flock of migrating eagles, or enjoying the beauty of a lonely vagrant sunbird, or just listening to the morning chorus over a flooded reed swamp can be etched in one’s memory forever. Most people say that birding brings on a new heightened awareness, as one’s senses and mind open to the natural world. 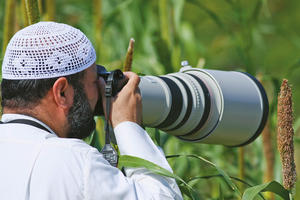 We can arbitrarily define two main types of bird photographers with respect to birding. The first type uses photography as a supplementary means towards understanding, identifying and recording birds. In this case, the photographer is primarily birding, not using his camera to capture the best possible images. He/she always carries binoculars with the camera and often meticulously records lists of birds in a notebook. These birders are more interested in finding, observing and monitoring than getting only outstanding photographs. Photos are often important for documentation. Sometimes he/she may fasten an inexpensive digital camera to the spotting scope and take pictures, a technique called digiscoping. The pictures are good-looking but may not be of high quality. 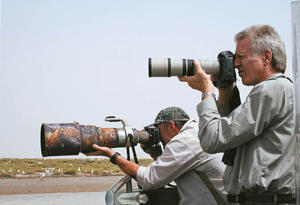 The second type of bird photographer focuses primarily on the photography, using optimal equipment and seeking the right conditions to make the best possible photographs. Here the birder-photographer enjoys finding birds, but primarily focuses on capturing them in images. Usually this pursuit requires very expensive equipment, and often he/she may not use a spotting scope at all but carry huge telephoto lenses instead. In this case, going birding as a group helps because some birds are spotted by some people and photographed by others. 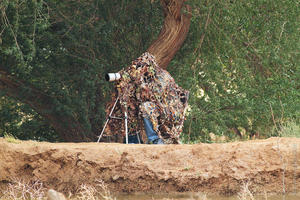 Photography is not needed for learning to identify birds, but it certainly helps, especially when identifying difficult to separate species or when there is not enough time to observe key identification features. There are many birders who do not use a camera at all simply because they feel that their main objective is searching, identifying and recording birds, not capturing their images. However the advent of digital photography has created a growing interest for birding. In Kuwait, a fairly large number of local residents continually raise the bar in bird photography and in finding new and rare birds. This in turn has led to an increase in web sites full of spectacular local images of birds that reach a bigger audience and showcase to the world what this country has to offer on the southeastern extremity of the Western Palearctic.

The best times to observe birds in Kuwait

Birding can be interesting throughout the year in Kuwait, but especially so from September to May (June to August being uncomfortably hot). The period of spring migration, peaking from mid-March to early May, is without a doubt the most impressive time to see birds. The quantity and eastern flavor of the migration is characteristic of the eastern frontier of the Western Palearctic. During spring, autumn and mid-winter, it is relatively easy to see a large variety of the birds displayed in this book, without venturing far from Kuwait City. 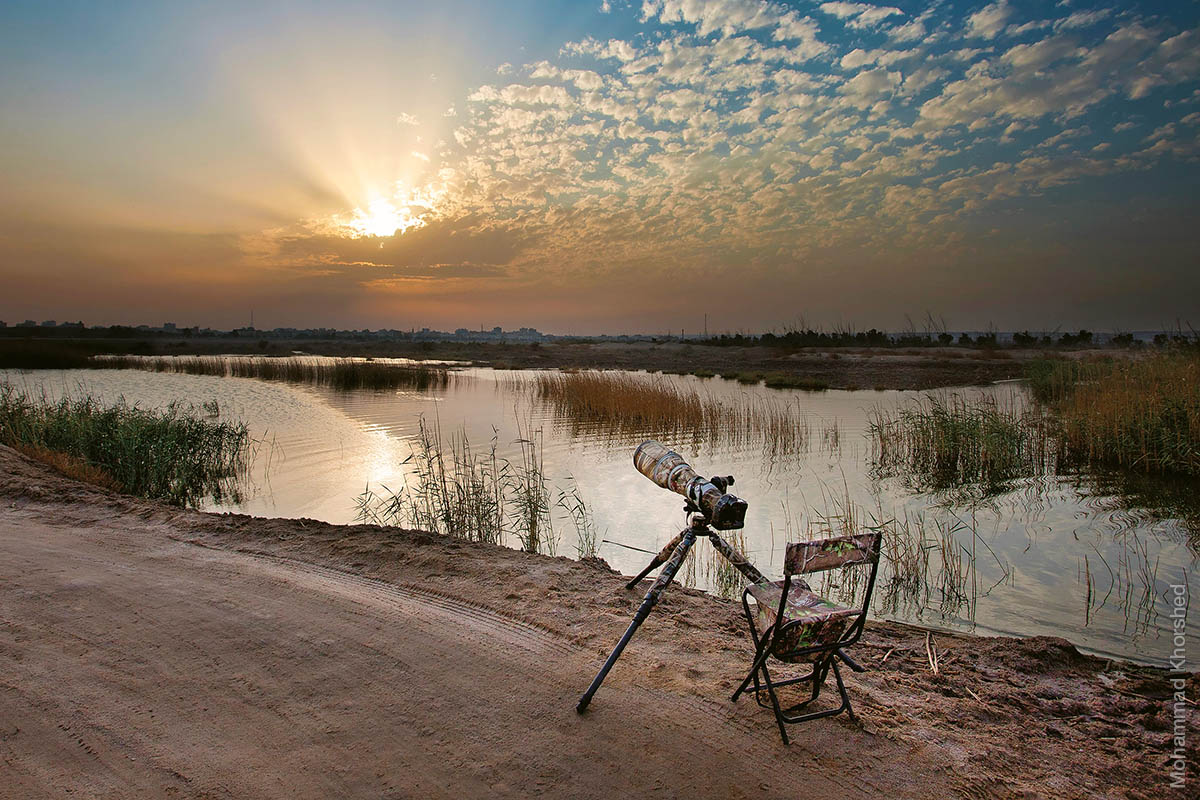