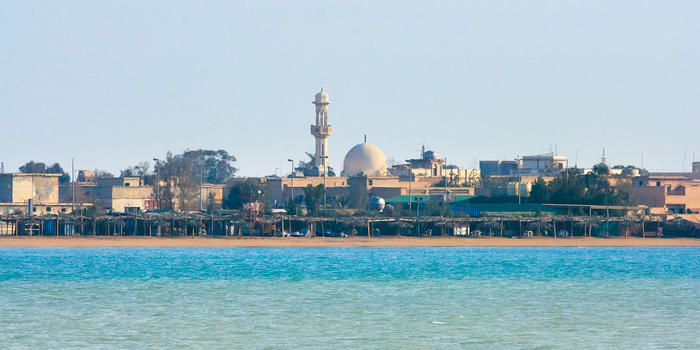 Area (Hectares):
200.00ha
Altitude:
0 - 5m
Conservation Status:
None, but it does have a Heritage Village
Access:
Public
General Site Description:

A medium-sized island, 20km north-east of Kuwait City that is largely deserted. Failaka has quite a different ecosystem to mainland Kuwait, and its budding flowers and changing temperatures are much appreciated by locals.
However, a Heritage Village has been developed close to the harbour and the town itself is slowly being re-built following the devastation during the war. The name Failaka is thought to be derived from the ancient Greek and means ‘Outpost’. Access is by ferry from the terminal at Ras Al-Ardh or from Marina Crescent in Salmiya.
Falaika has more archaeological interest than ornithological, as following Alexander the Great’s initial advance through the region in 331 BC, the ancient Greeks colonized the island which they named Ikaros after the Greek Island and the mythical hero Icarus. Some elements of Greek mythology were mixed with the local cults. The island was inhabited through to the 7th or 8th Century AD.
The museum and archaeological sites (the Ikarus and Azuk temple sites) are unique to the island. Other sporadic archaeological work on the island has discovered 18th-century Portuguese, and later British, fortifications. This is an island just off the Delta plume of the vast Mesopotamian estuary. It is flat and much of its small settlement was badly damaged during the 1990/91 War. Despite a coordinated clean-up and build-up there are many ruins on the island; however these also include ancient relics from the time of Alexander the Great, when the island was known by its Greek name, Ikaros. The island is of interest for the birder and visitor who has a bit of time to spend exploring.

According to Gregory migratory passerines can be seen around many of the abandoned houses and what little gardens remain. Waders, Gulls, Terns and Cormorants are present around the beaches and harbour and from the Ferry, Arctic and Pomarine Skua’s can be seen in Spring and Autumn with Great-black Headed Gull seen in winter. In the gardens of ruined houses many migrants can be found; these may include Red-breasted Flycatcher and other passerines that give a distinctive eastern flavor to bird passage here. Outside the town, Graceful Prinia has recently colonized and is breeding. The beaches near the harbours hold many Great Black-headed Gulls and other gulls and terns in winter. Extensive tidal flats around the island host a variety of waders on passage. Whilst on board the Salmiya to Failaka ferry, various terns and gulls plus Arctic Skua and Pomarine Skua can be seen in spring and autumn. So a trip to Failaka offers a bit of sea watching, however the island itself is not well monitored for birds.

Populations of Indo-pacific Humpback and Bottlenose Dolphins occur around the island as well as some Turtle species.